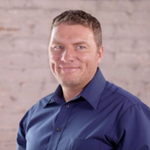 Medicare beneficiaries saved billions of dollars on prescription drugs due to the Affordable Care Act (ACA), according to 2014 data from the Department of Health and Human Services (HHS).

From 2010 to 2014, the Medicare Part D changes included in the ACA (also known as Obamacare) helped 7.9 million Medicare beneficiaries save approximately $9.9 billion on prescription drugs, according to HHS data. This comes out to $1,265 in average savings per beneficiary.

In 2013 alone, the total savings was $3.9 billion, or an average of $911 per Medicare beneficiary, according to HHS statistics.

According to the department, the large-scale prescription cost savings were caused by two large factors: a $250 rebate and reduction of the Medicare Part D “donut hole”.

The donut hole is a coverage gap where Medicare beneficiaries have to pay the full out-of-pocket costs for their prescriptions before catastrophic coverage goes into effect.

In 2010, the ACA mandated that anyone with a Part D plan who reached the donut hole received a $250 rebate.

In 2011, those who reached the donut hole for the year started to receive discounts on covered brand-name and generic prescription drugs.

These discounts will be even more significant in upcoming years. The ACA implemented a plan to gradually reduce the Part D coverage gap every year between 2014 and 2020. By 2020, beneficiaries who hit the donut hole will have to pay only 25% of the cost of generic and brand-name drugs. The decrease will occur at different rates for generic and brand-name drugs. The chart below shows how the decreases will occur.

Millions of beneficiaries get free preventative-care

The reduction in prescription drug costs is not the only impact of the ACA for Medicare beneficiaries.

Other preventative services are now offered at no out-of-pocket cost, such as blood pressure screenings, obesity counseling, and colorectal cancer screening.

Kathleen Sebelius, the former HHS Secretary, believed the ACA led to a strong Medicare program in 2013.

“Seniors are saving billions of dollars on their needed medications and continuing to enjoy benefits that will lead to healthier lives and lower costs in the long run,” Sebelius said in a CMS press release.

The ACA’s expansion of Medicare Part D prescription drug coverage could have a long-term impact on total health care costs.

A study by Johns Hopkins Bloomberg School of Public Health and the University of Illinois at Chicago estimated that increased use of Medicare prescription drug coverage helped reduce Medicare program expenditures and hospital admissions by $1.5 billion annually.  The study also estimated that the Part D coverage expansion helped contribute to an 8% reduction in hospitalizations and a 7% reduction in Medicare charges for hospitalizations.

Previous and future impacts of the ACA will expand the reach of the Part D program, but at a cost. Estimates from the Congressional Budget Office predict that the requirements mandated by the ACA will increase the net cost of the Medicare Part D program by $51 billion between 2013 and 2022.

“Given the difficult fiscal times, any savings from Medicare Part D is clearly important and underscores the significance of the research team’s findings,” the Johns Hopkins report stated. 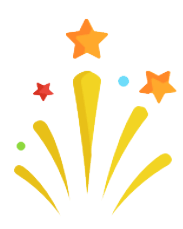