You’ve seen the commercials on television and the advertisements in magazines. An older couple is outside working in the garden when the moment hits. Suddenly they’re holding hands, embracing, smiling. You’re led to believe that with the help of just one small pill, this couple is able to enjoy the same active and healthy sex life they had when they were younger. 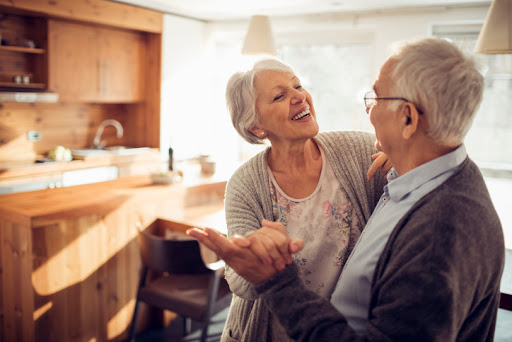 But aside from the potential side effects listed in fine print or by the fast-talking narrator, you are left with more questions than answers about what goes on in the bedrooms of older adults. The commercial ends. You turn the page. You never find out if the sex was any good.

These moments of intimacy aren’t just made for TV either. Indiana University’s Center for Sexual Health Promotion conducted a study that showed 43 percent of men and 22 percent of women over the age of 70 still engage in sexual intercourse.

But aside from erectile dysfunction, what are the other complications associated with sex as you get older? What are the risks? How does sex become different as we age? And what can seniors do to improve their sex life aside from popping a pill? We’ll cover all that and more.

Changes in Your Body

Sex becomes more complicated as you age because your body undergoes a number of changes. For women, these changes include a vagina that shortens, narrows, develops thinner and stiffer walls and produces less lubrication. All of these changes can lead to sensitivity, discomfort or even pain during sex.

After menopause, women are left with lower estrogen levels. Decreased levels of estrogen means decreased blood flow to the pelvic region, which can lead to less physical sensation and arousal. The Global Study of Sexual Attitudes and Behaviors (GSSAB) reported that between 18 and 41 percent of women between the ages of 40 and 80 had difficulty achieving orgasm while others may experience difficulty becoming aroused despite sexual stimulation. Many other women simply lose the desire for sex altogether due to the reduced level of estrogen, estimated at between 26 and 48 percent of women in the GSSAB study.

Of course, men are not immune to similar types of changes. Older men also experience a slowed circulation of blood to their pelvic area which leads to greater difficulty in achieving or maintaining an erection. Hence, the pills.

But this decreased blood flow isn’t a direct result of aging, but rather a byproduct of it. The reduced flow of blood can be attributed to symptoms of things men experience in older age such as diabetes, atherosclerosis, a faulty vein or hormonal imbalances.

Certain operations and prescription medications can also contribute to a reduced flow of blood to the pelvic region and lead to erectile dysfunction. And just as how women experience reduced levels of estrogen, older men also undergo a decreased level of testosterone. In fact, men begin losing approximately 10 percent of their testosterone every decade after the age of 30. This drop in testosterone can not only contribute to erectile dysfunction but also lead to a lower sex drive and lack of energy. 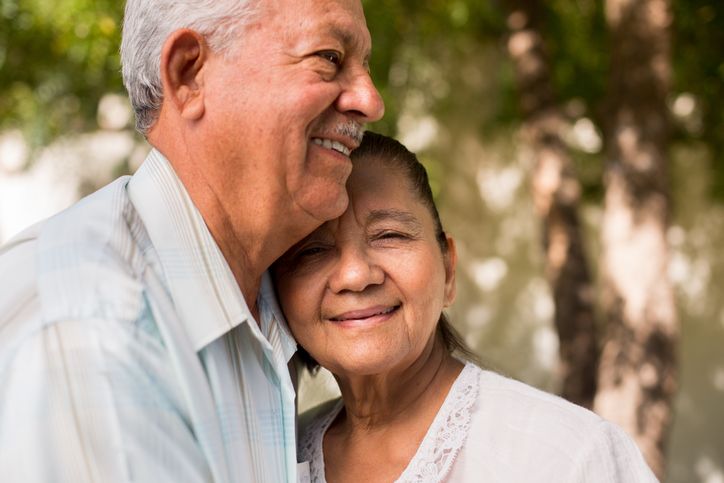 In addition to the normal changes we experience as part of the aging process, there are also a number of health problems that arise in old age that can complicate things in the bedroom.

While many health problems begin well before entering the bedroom, there are also a number of issues that arise as a result of those sexual encounters.

One might think that sexually transmitted diseases are more common in younger people who engage in more risky and reckless sexual behavior — but you might be surprised. Today’s seniors didn’t receive the same type of sexual education in school that subsequent generations have. They also came of age during the 1960s and 1970s where “free love” and unprotected sex were the norm. Health care providers that are prescribing those little pills are not necessarily lecturing their patients about safe sex and their patients are often too shy to ask. Add it all up and you have a sizeable population that is largely undereducated about STDs.

When you put a large contingency of undereducated seniors together in a retirement community, unprotected sex can run rampant. In fact, the rate of condom use actually decreases the older people get with the lowest rate of use coming from those age 61 and over.

That lack of protection is producing some dire consequences, too. Since 2007, the rate of syphilis among seniors has spiked by 52 percent and chlamydia has risen 32 percent. Making matters worse, seniors generally have weaker immune systems which makes fighting off an infection even more difficult.

Between all the STDs and difficulties achieving erections and orgasms, you may be wondering why seniors are bothering to have sex at all. The truth is, it’s not all bad news.

For some people, sex actually gets better as they age. Post-Menopausal Zest (PMZ) is a sensation experienced by many women after their hormones recalibrate following menopause. Libido returns, energy levels heighten and women find a refreshed outlook on sex free from menstrual cycles and birth control.

Seniors also have more time to be intimate, more privacy and less stress in their lives. Many seniors even discover a silver lining within some of those bedroom complications. Because they are more limited physically, they tend to focus more on the intimate side of sex with their partner and less on the physical side. 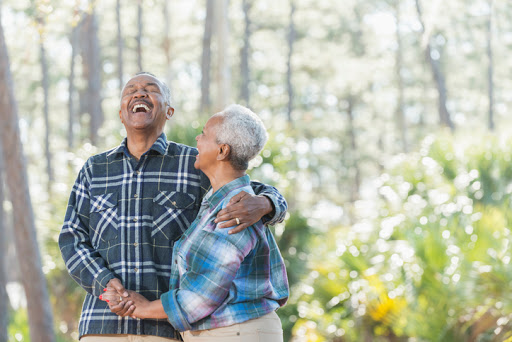 Benefits of an Active Sex Life

Seniors that remain sexually active are getting more out of it than just pleasure. Sex can increase your levels of oxytocin, which can lower your levels of stress and anxiety and reduce the risk of high blood pressure and strokes. Endorphins are also released during sex, which can act as natural painkillers to the aches and pains experienced by many older adults. Regular ejaculations may even lower the risk of prostate cancer for men.

An active sex life may not just help people look younger but may also help them live longer as well. One study found that men who have sex three times per week cut their risk of a stroke or heart attack in half while women who have regular sex have a longer life expectancy than those who do not. It is theorized that the link lies with DHEA, an age-defying hormone that is released during sex.

Sex can also help ward off colds and flus by strengthening the immune system. Research shows that people who have more sex tend to have higher levels of immunoglobulin A, which helps fight off bacteria and viruses.

Being sexually intimate with your partner also enhances your emotional connection to that person and can contribute to your overall happiness. Both of these things can improve cognitive brain function and lead to a better overall quality of life.

Tips for a Healthier Sex Life

There are several things older adults can do to spice up their sex life and remain safe while doing so.

Sexual education changes as you age. Keeping up with your knowledge as your body changes will help you keep up in the bedroom.

Medicare covers several services related to sexual health, including face-to-face behavioral counseling and screenings for sexually transmitted infections (STIs). Some of the STI screenings that are covered by Medicare Part B include:

Get Help Paying for Your Medicare Out-of-Pocket Costs

Original Medicare provides coverage for a wide range of hospital and medical costs. However, it leaves some out-of-pocket costs to recipients. These costs include deductibles, copayments and coinsurance.

Medicare Supplement Insurance (also known as Medigap) helps cover some of these out-of-pocket costs. In most states there are 10 standardized Medigap plans to choose from, each providing a unique mix of benefits.